The Beatles, God and The Bible 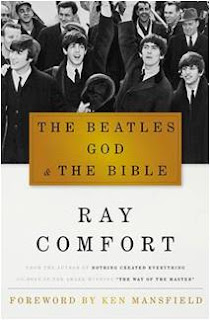 I’m looking forward to reading a new book titled The Beatles, God and The Bible by Ray Comfort, set for release on December 18, 2012. You can preorder an autographed copy at WND website and it’s available on Amazon. “One day, by one means or another we’ll have a record in the charts. If we have to be bent or con people, then that’s what we’ll have to do to get there. It doesn’t matter what it takes to get to the top. It might cause some heartache, but once I’m up there it’ll be a different kettle of fish,” John Lennon


In 1960, at the age of 20, John Lennon was disillusioned with a life of despair and disappointment where he was abandoned by his father and stricken with the death of his mother, his bands two failed tours in 1960 left him feeling alone and hopeless. In December of 1960 Ray Coleman described him as penniless but his drive to become bigger than Elvis Presley was unwavering. John desired to become a teen-age rock and roll idol. In 1960 at the age of 20 he knew that his teen-age years were rapidly passing him by. He yearned for fame and fortune. He wanted to become bigger than Elvis Presley. He wanted to become legend. In his