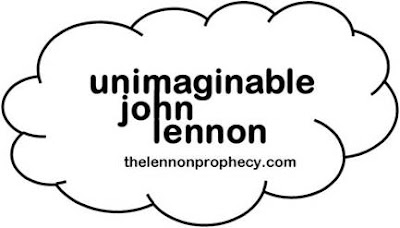 “One day, by one means or another we’ll have a record in the charts. If we have to be bent or con people, then that’s what we’ll have to do to get there. It doesn’t matter what it takes to get to the top. It might cause some heartache, but once I’m up there it’ll be a different kettle of fish,” John Lennon


In 1960, at the age of 20, John Lennon was disillusioned with a life of despair and disappointment where he was abandoned by his father and stricken with the death of his mother, his bands two failed tours in 1960 left him feeling alone and hopeless. In December of 1960 Ray Coleman described him as penniless but his drive to become bigger than Elvis Presley was unwavering. John desired to become a teen-age rock and roll idol. In 1960 at the age of 20 he knew that his teen-age years were rapidly passing him by. He yearned for fame and fortune. He wanted to become bigger than Elvis Presley. He wanted to become legend. In his
quest for fame and fortune did he enter into a pact with the devil? Did John Lennon summons the Devil, in early December of 1960, in Liverpool, England, on the bridge on Rose Lane, making a deal with the Devil for wealth and world fame, to become bigger than Elvis, to become legend, for a period of twenty years in exchange for his soul?


The birthplace of the phenomenon of Beatlemania was at the Litherland Town Hall in Liverpool, England, on Tuesday, December 27, 1960. On this night The Beatles evoked a response from the crowd noticeably different from anything in their past. Spellbound teen-agers rushed to the front of the stage and began screaming. Pete Best was drumming for The Beatles and remembers the Litherland performance as an explosion in the fortunes of Beatles. It happened before any single hit record or before wide national attention and soon it would spread around the world. John was given a formula to the songs that would take him to the top of the charts and everything he touched would be turned to gold.


John and The Beatles, aided by a supernatural power, journeyed over all the earth, played to tremendous crowds and became legend. They had at their call the most beautiful of women, obtained tremendous wealth, and performed for Kings and Queens, Presidents and Prime Ministers and millions of adoring fans. The Beatles controlled the masses. It was the intensity of the attraction and reaction they generated that caused wonder. Time after time it was reported in the media as mysterious, and the repetition in the press of constantly raising the seemingly unanswerable question of why. What did The Beatles possess that no one else could match? It left the world dumbfounded. So great was his fame that John once boasted of being more popular than Jesus Christ. At one point in his life he believed he was Jesus Christ and wanted to make an announcement to the world. People having the honor to meet The Beatles were charmed by their personalities. There was magnetism towards John and The Beatles. When they traveled to the city of Adelaide, Australia, in 1964, and estimated 300,000 people stood outside their hotel room waiting to get a glimpse of their idols. Crowds were described spellbound, transfixed, hypnotized, and in ecstasy in their presence. Everywhere they traveled they created bedlam, chaos, hysteria, frenzy and mania.


Beatlemania reached its peak at Shea Stadium in New York City on Sunday, August 15, 1965. The concert was deemed one of the greatest shows in rock and roll history. It set a world record for attendance and a world record for receipts. But on this day something was troubling John. Ringo Starr described his behavior as something very big and very strange. When he should have been standing on the stage joyous, he seemed tormented. John may have come to the realization that his magic was real, and all his desires were fulfilled, and that his bands rapid rise to the top would come at a cost. He had obtained all the wealth and fame his heart desired, and at Shea in 65 it was said The Beatles stopped being teen-age pop idols and became legend. After the show John told the concert promoter “I saw the top of the mountain.” It took 4 years, 7 months, and 19 days for John and The Beatles to reach the top of the mountain. Fitting with a devil compact he received his rewards quickly. John had 15 years, 3 months, and 23 days to enjoy the remaining years of his 20 year contract.


Following the Shea Stadium concert in 1965, after John reached the top of the mountain, death clues began to appear on Beatles’ material with the release of the album Rubber Soul. The word soul is used in the title, distinct from the physical part it is the spiritual side of humans that carries on after death. The album title was in the shape of an upside down heart indicating a ‘false soul’ or ‘deceived heart’ amongst them, and it appeared The Beatles were staring downward into an open pit grave. The working title of Rubber Soul was The Magic Circle. Magic circles have been used by sorcerers or conjurers for centuries and are the most basic of devices in magical arts to call the prince of darkness. This was followed by the album The Beatles Yesterday and Today. The Butcher Cover shows The Beatles amongst dismembered baby dolls with heads, legs and arms removed. Dispersed pieces of raw meat hang from their shoulders and laps depicting infanticide. The next album release was Revolver and described the method used to murder John Lennon. The original title for the album Revolver was Abracadabra, a mystical word used to magically invoke benevolent spirits for protection against disease and evil spirits. The expression is also used by modern magicians to invoke paranormal or supernatural powers to aid in their illusions. Rubber Soul (The Magic Circle), The Beatles Yesterday and Today (Infanticide) and Revolver (Abracadabra): hints to the magic behind The Beatles. Symbols of the occult began to appear in Beatles’ material revealing a high-level of witchcraft at work. The single theme throughout the hidden messages was ‘death’, a ‘dead man’, or as fans prophetically theorized, the messages foretelling the death of one of the Beatles. It’s inconceivable that all messages were intentionally placed by the Beatles themselves which leads to a mysterious conclusion that a supernatural force had influence over the Beatles. Inverted figures and words, mirror images, reversed speech signifies a perverted power. Satan has power and ability to trick and introduce errors. In the history of the Beatles strong occult powers reflect a malignant influence and predictions to the future. Occult practices are rich in symbolism and rituals where power is drawn through satanic offerings, ceremony, sacrifice and bloodletting. In our thirst for secrets hidden and the powers that lie beyond our five senses we are drawn into the supernatural realm. The Devil’s power is exposed in backwardness, in speaking backwards and in a sphere where words and symbols have double meaning. Strange things are heard when voices are played backwards, garbled sounds and slurred speech are mixed with occasional recognizable words, and frightening things when albums are viewed through mirrors, exposing well-hidden messages. The mirror image that appears on the drum head of the Sgt. Pepper album was well-hidden and precise in regards to John’s pact with the devil, I ONE IX HE DIE. Entering into a pact with the Devil is said to be purely evil because it revolves around a bet, it is gambling with hell. John had obtained all he desired and the devil had won the bet, and now John would have to pay with his soul. The devil was boasting I WON 9 HE DIE.


Those who make contracts with Satan seem to live joyless and frantic lives always overshadowed by the horror that lay waiting at the end. As the years of John’s pact drew to a close, he began to show symptoms of repentance and remorse. In one of his final songs in 1980 he sings a petition to the Lord. He talks about being hounded by the angel of destruction, how in his heart he never really parted from the Lord, and how he was never satisfied. He pleads, please help me Lord. But in mortgaging his soul to the devil, John became irrevocably damned, lost and fallen into the power of the devil. Dealing with the devil is a double edge sword, for the devil always keeps his word, and will provide the pact signer all their desires. John richly enjoyed the benefits secured to him by this contract. But the devil patiently awaits the signer and upon acquisition of the promised worldly gains and their allotted time he strikes.


When John Lennon’s final and fatal day arrived, he was returning home from a night at the recording studio on Monday, December 8, 1980. In the shadows of the Dakota Apartments in New York City where he lived stood a man possessed by demons, waiting his arrival. Mark David Chapman stood at the entranceway to the Dakota Apartments with dead, cold quiet in his mind. As John Lennon passed he heard a voice inside his head telling him, do it, do it, do it, do it!’ Chapman pulled a 38 caliber revolver from his pocket, went into a combat stance, and fired 5 steady shots at John’s back. The bullets were well placed. Mark Chapman said he later received the reason for his demonic possession. It was to make a show of Satan’s great power in the world using John Lennon’s murder as the vehicle. What started in Liverpool in December of 1960, a 20 year contract ended in New York City in December of 1980, the place and time where the Devil claimed John Lennon’s soul with violent death.


“The Beatles is not a normal story, it's a supernatural story, and the pressure was supernatural, and it required supernatural luck to recover from it. And George has recovered from it. He's the one we're going to have to ask about the Beatles, there's no one else to ask now, because Paul won't tell you and Ringo doesn't know. Paul re-writes history all the time. Ringo, well he just doesn't know, he drank the drink, he smoked the joints, he had the girls and he drummed the drums. That was Ringo. And John isn't here.” Philip Norman
Posted by mn6024 at 9:22 PM